There are errors, please correct and try again...
No results found matching your search criteria. Showing all properties instead.

The only lodging in the Historic District of Old Nauvoo

Stay where history was made at the site of the original Willard Richards Home. Only 2 blocks from old Main street and across the street from where the Nauvoo and British pageants are held.  From your hotel-like and unique accommodations you can look up the hill and see the Nauvoo Temple.

5 rooms available, all with private bathrooms and a large parlor to gather and relax. Stay and experience the history and enjoy the expertise of our culinary trained Innkeeper. 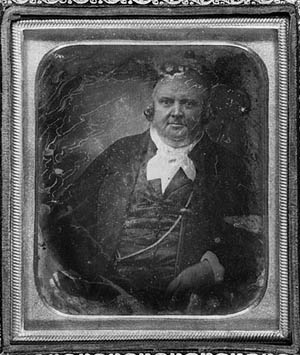 History of the Willard Richards Inn

On August 2, 1843 Joseph Smith called a meeting in the second floor of the Red Brick Store. The prophet referred to those invited as “well-trusted men and women.” As recorded at that meeting:  "We the undersigned, knowing that Elder Willard Richards one of the Twelve who when not abroad among the nations preaching the Gospel is by special appointment of President Joseph Smith and this church is engaged in church business continually. He has no house to abide in and therefore we do mutually agree to furnish such materials, means or labor as may be necessary to build Elder Willard Richards a comfortable home."

The following was recorded:  “A subscription has been got up to build a house for Elder Willard Richards, to which I subscribed a city lot. The brethren subscribed $25 cash, 10 cords of stone, 30 bushels of lime, 105 days work, $59 in labor, 15,900 bricks, glass, lumber and other materials, together with a quantity of produce. I hope the day is not far-distant when my clerk will have a comfortable house for his family.” - Joseph Smith

Although a beautiful tall brick home was built for Elder Richards and he lived in it with his family until the saints left for Salt Lake Valley in February 1846 , the deed to the lot and home was never officially transferred into Elder Richards name. The lot actually remained recorded as owned by Joseph & Emma Smith jointly, and then became the sole property of Emma Smith after the death of Joseph. Willard Richards and his family lived in the home until he left with the Saints in February 1846. Emma, in desperate times eventually sold the home in December 1847.  After transferring ownership many times it was eventually purchased by William Reimbold who lived in the home until its expansion in the 1860s and then lived there until his death in 1895.

While the home now is more than double the original size with the addition of the West half of the home and the breezeways, it appears that much of the original structure was included'absorbed into the expansion.  The original foundation, including the foundation caps (east and south), the East and South brick walls, the original doorway entrance, the SE corner stairs, and several of the wood headers over doors and windows all remain.  Also, the original home doors are now used as closet doors in the current home.

Elder Willard Richards’s home was the meeting place for Church leaders from the day it was completed. Joseph Smith spent countless hours, day and night working with Elder Richards at his home to complete the History of the Church and the Life of the Prophet Joseph Smith. After the death of the Prophet, Elder Richards' home served as the headquarters of the Church until the rest of the Twelve returned and could get a place organized.

Willard Richards was among the original nine men who were in the Red Brick store when Joseph revealed for the first time the Temple Endowment ceremony and all the associated ordinances. He and Jennetta were sealed by Joseph Smith personally. Since the Temple was not yet completed, many of the prayer meetings were held in the upper floor of Willard Richards home. Some meetings were also held in Brigham Young’s and John Taylor’s home. Scores of journal entries by many of the church leaders record the sacred events and meetings that took place at Dr. Richards’ home. Brigham Young recorded, “we met every day, and sometimes more often at Dr. Richards home for prayer and council.” Heber C. Kimball had over a hundred separate entries in his journal about the sacred prayer meetings and miracles experienced at Willard Richards home.

Loading...
Upps!
You're running a web browser we don't fully support. Please upgrade it for a better experience.
Our site works best with Google Chrome.
How to upgrade the browser